Weedingshall has a fascinating history. This area, on raised beds close to where the ancient Forth flowed, was a site for shelling oysters in Neolithic times, and the Romans had a fort near the site during the occupation of the Antonine Wall. There is a good deal of evidence to suggest that Weedingshall is on the site of the 1298 Battle of Falkirk, which saw an army under William Wallace being defeated heavily, despite having the higher ground, by an English army under Edward I.

Weedingshall House itself was designed in 1791, probably at least in part by the renowned neoclassical architect Robert Adam (if you haven’t heard of him you have almost certainly seen some of his work already, such as the Glasgow Royal Infirmary, Culzean Castle, Seton Castle, and the houses on Charlotte Square in Edinburgh and Fitzroy Square in London). It was initially home to wealthy families who profited from Scotland’s industrial boom on the 19th century, and was the birthplace of the mechanical engineer Henry Adolph Salvesen in 1860. In 1888 it was bought by a branch of the distinguished Scott Moncrieff family, and the following year became the birthplace of C.K. Scott Moncrieff. Although a whole website could be devoted to this colourful character alone, suffice to say that he is perhaps best known as a war poet, having at one time a brief relationship with Wilfred Owen, his translation of Proust’s ‘A La Recherche Du Temps Perdu’ and his friendships (and spats) with the likes of Siegfried Sassoon and Noel Coward.

Weedingshall’s history in the 20th Century has been a mixed one. It’s owners in the early part of the century, Captain Thomas Harvey and his wife, were well known philanthropists locally. It then became a residential children’s home, with many local children threatened with being taken here if they were naughty for their parents. It then changed purposes, being used by social work services as ‘day unit’ for children of secondary school age who struggled to attend a mainstream school. In 2016 this unit was moved to Lauriston and Weedingshall sat derelict, both neglected and vandalised over a number of years.

The current owners, Calum and Rebecca Hay, bought the property at the start of 2019. We got at least part of the property into a habitable state, and made it our home in March 2019. Working on it has been a labour of love, especially for Calum, who has given up his job as a project manager to take on our own project full time. Rebecca teaches History locally, and is (more than) happy to answer any questions about the property and the area. Our two boys, John and David, absolutely love living in such a special place, and can often be found splashing in the burn, or playing in the woodland with sticks. 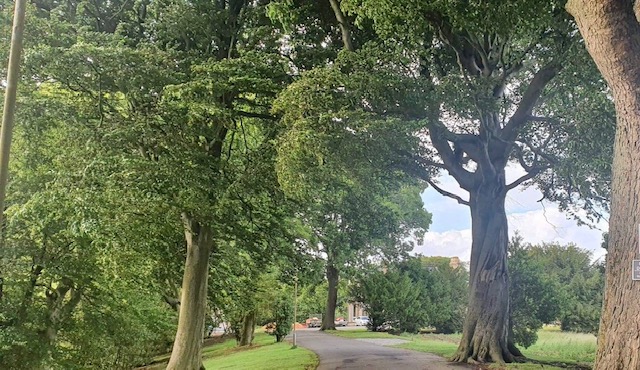